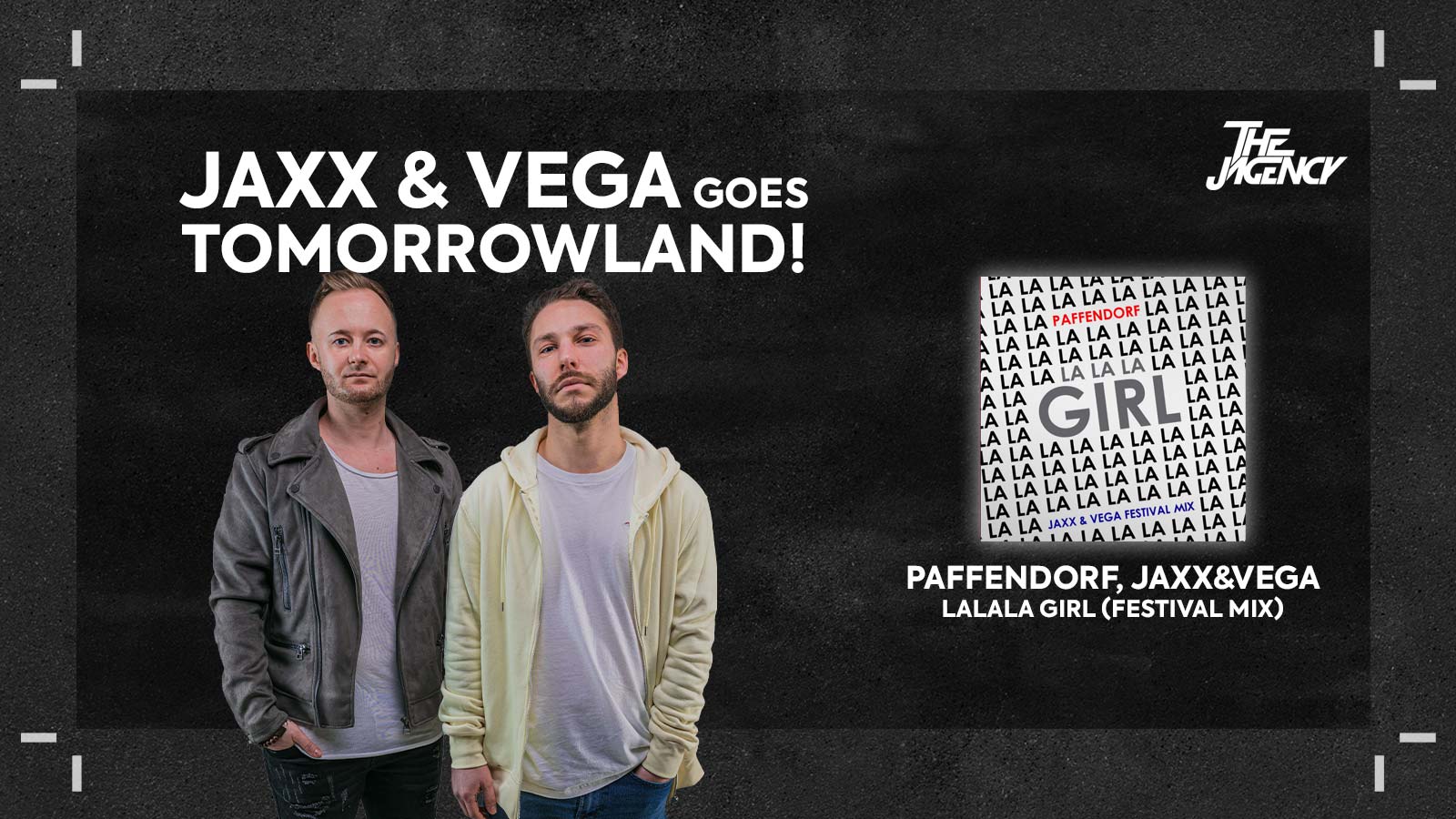 Finally the word is Out – Jaxx & Vega are going to to play Tomorrowland 2022 for their first time ever! We couldn’t be prouder of this huge announcement!

Mainstage sound never dies. Jaxx & Vega the furious german Duo from the Ruhr-area are proving this statement with every release they are putting out.

With around 100.000 Million Streams on their releases combined the guys are making their way in the Big Room Business. Releasing on several well known labels like Revealed, Smash the House, Armada, Spinnin, Rave Culture and more their track gather a wide international fanbase.

Collaborations with the names of DVLM, Timmy Trumpet, Bassjacker, Wolfpack, Akon and many more brought them to international stages sinces starting in 2014.

Regulary crushing the top10 on the Beatport Top100 charts the new upcoming releases and collaborations will once again bring excitement to their followers.
Excitement is also the feeling you get at their live-performances. Their rolling heavy Big Rooms Sounds and leads, alongside progressive vocals are able to switch up in a way that everybody wants to dance with them.

Their future well prepared with support of all the big names like Hardwell, DVLM, Tiesto, Afrojack and more you can for sure be excited for the new twists their next releases will bring.